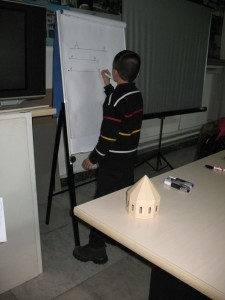 Bampakyan hall of National Institute-Museum of Architecture was created in honor of our compatriots from Milan  Hrant, Vazgen and Onik Pambakyan, whos patriotic and selfless deeds have a many years history. Thanks to them still in the second half of the 20th century create an luxurious and volume exposition dedicated to the Armenian medieval architecture and khachkars, which wholeheartedly were presented to the museum in 1996, after showing it in the world.

In our turn we have exposed it in Armenia, Greece, Moscow, Artsakh and elsewhere. Now it is kept in the museum and with the rich material contribute to the study of  Armenian medieval 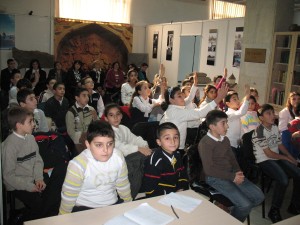 architectural heritage and contributes to the spread.

The hall is the educational and scientific center, here are organized lectures, hearings, film shows, conferences, meetings, discussions, presentations, etc. In hall is also are scientific-professional library which is used by hundreds of readers, pupils, students, university lecturers, designers and engineers.